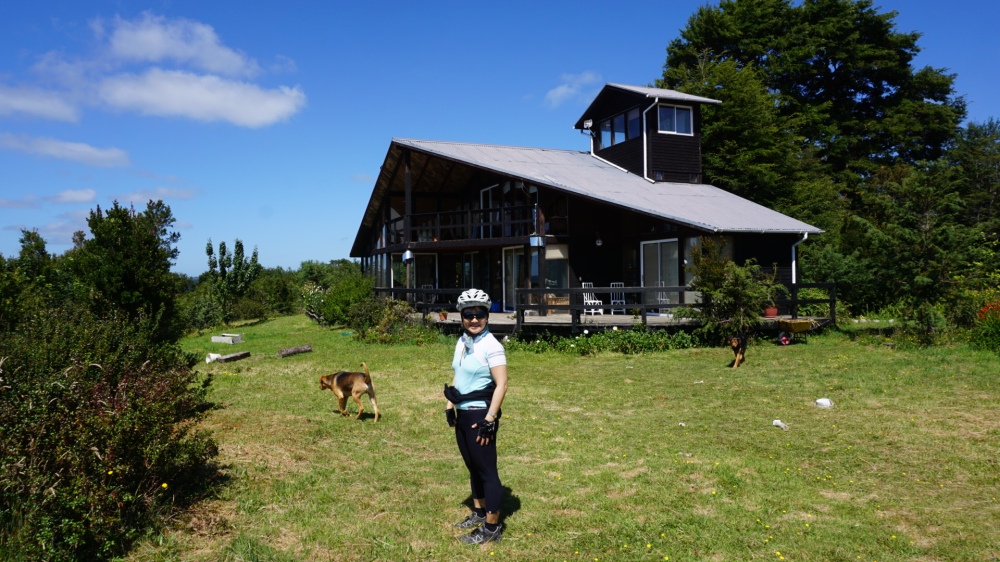 After a late and relaxed breakfast, we cycled down the v815 road about 36km to Calbuco. We are not used to cycling with the big bags, so we noticed the weight and were rather slow…. Calbuco is a sleepy town, with hardly any tourism. We found a lovely old Hospedaje run by a bustling busy older lady called Marta, who looked after us kindly and fed local mussels. These mussels are about four times the size of a European muscle and have a much stronger flavor. Bed, breakfast and dinner was about 50 euros.

Faced with a 78km ride of busy highway and bad gravel road, we opted to grab a bus to get to the port towards Chiloe. Many of our hardcore cycling friends would not approve, but we are not on a mission to prove anything and prefer to choose when we suffer.

It was a lovely sunny day, and the short 30min ferry ride was a treat especially when a seal popped up to play in the wake of the boat. 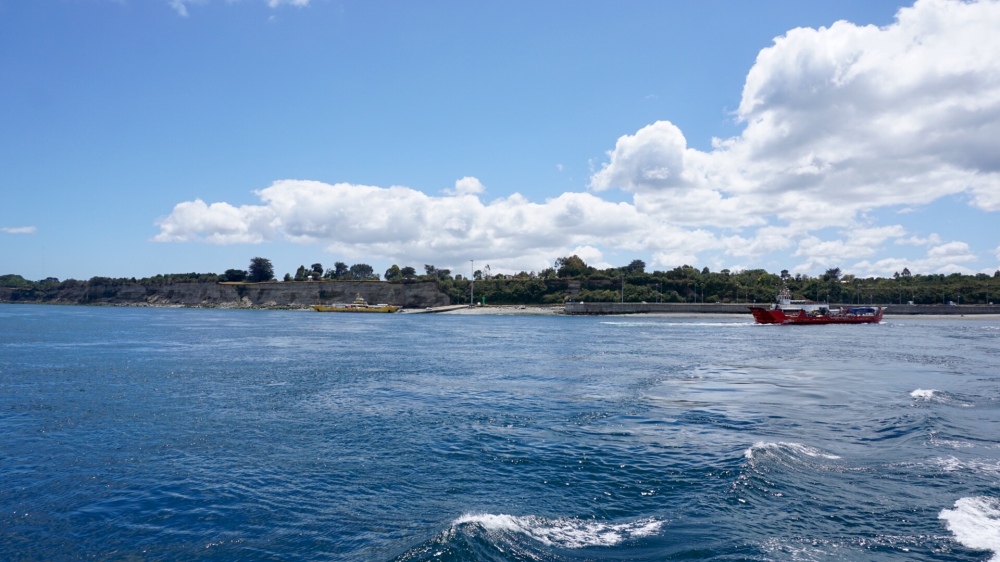 On arrival we cycled 30km to Ancud along the coast ride. The beaches were amazing, with stunning views of the ocean and mountains. Unfortunately we met the “Tabanos” – big black flies that like to attack in groups and bite. They are attracted by black and of course, most of our clothes are black. These annoying flies came to bugs us continually for the next few days, ruining some lovely rest stops. 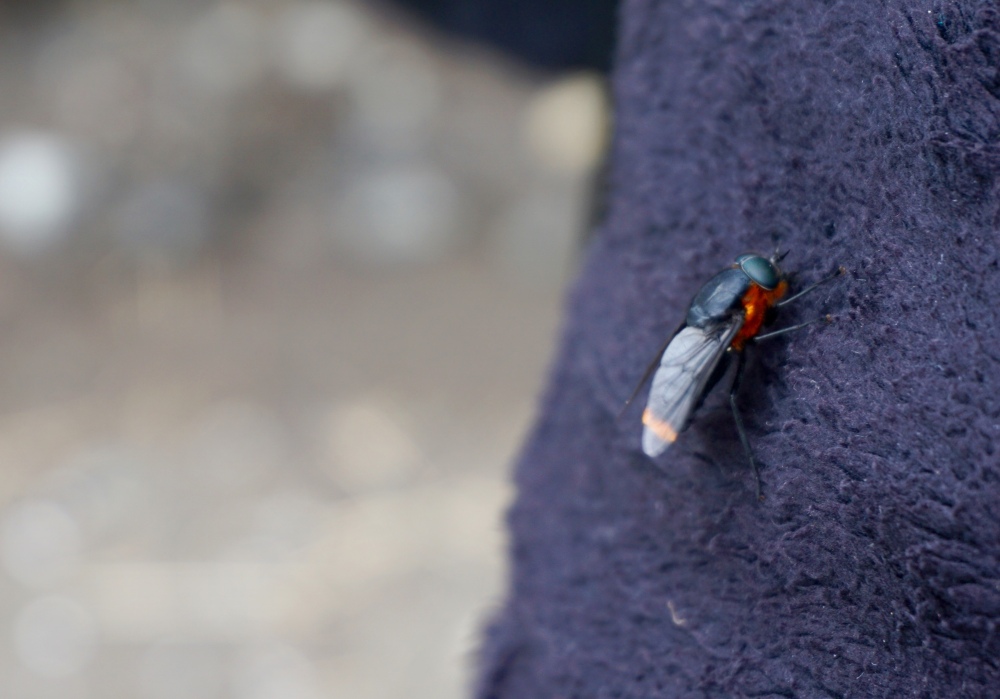 In Ancud, we stayed at the excellent Hospedaje Calafate. It’s a busy town, with a thriving market of lots of countryfolk selling their vegetables, seafood, fish and seaweed.

Day 4. After a quick trip to the market to buy far too many heavy provisions, we cycled along the coast to Puymaline, with a goal to see the Penguin Colony. It was a lovely tarmacked road and hardly any traffic, until we go to the last 6km to our camping which was on the most horrible Ripio – Gravel road. It was like riding on sand, impossible on the uphills and terryfing on the down hills. Of course, there were a lot of up and downhills..

Just as Janet was about to divorce me, a beautiful young lady popped her head out of her house and wished me a Buenos Dias. After chatting for a few minutes Oriana invited me in for a cup of coffee. Just as I thought my luck had changed, Janet arrived 🙂 Oriana runs Vertiente Pumillahue a lovely high end bed and breakfast, and later explained that he dad loves to cycle, and is always telling her stories of how people are kind to him on the journey, so she decided to help us in the spirit of her father.

Below are some views of Oriana’s private beach. 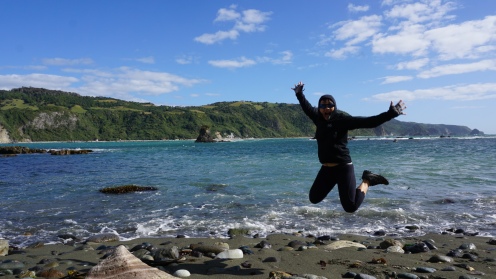 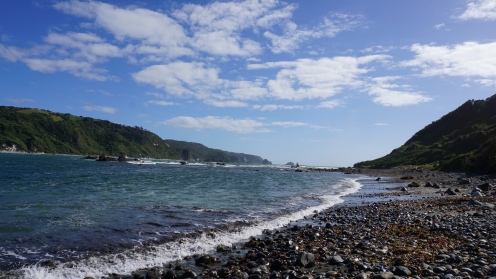 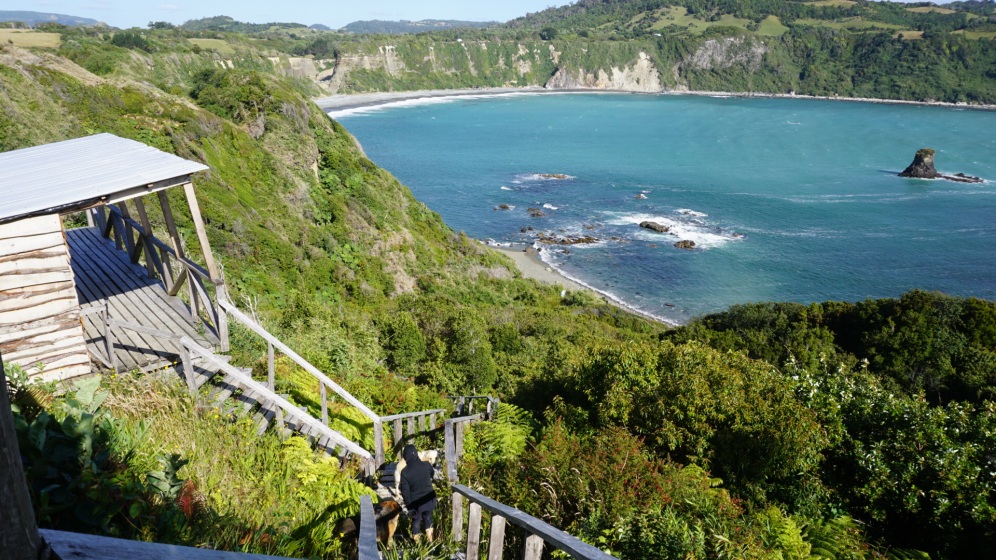 After feasting on Oriana’s homemade bread, fresh scrambled egg and cups of tea we cycled up the road to the Ballena Azul camping. It’s a lovely site overlooking the bay run by Maritza, a warm local lady. 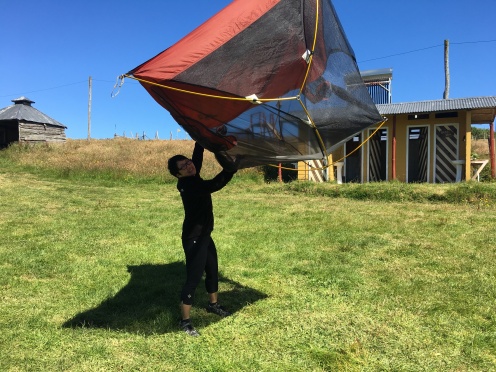 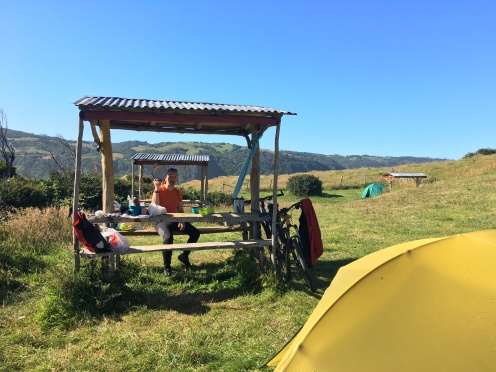 Next day, after a pleasant cycle with many lovely views, we arrived at Puñihuil. Puñihuil is a tiny set of buildings built right along the coastline, including several businesses offering boat tours to see the penguins and their accompanying restaurants to feed you when you’re done. The Magallan and Humbolt Penguins come to Chiloe from October to March to lay their eggs and raise their young. After which they go back south to the southern tip of Chile. 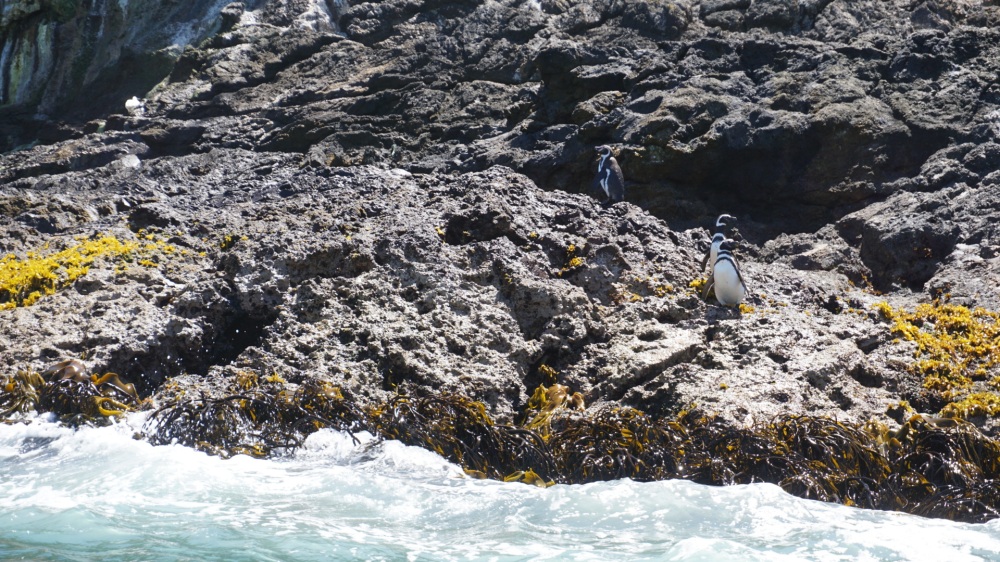 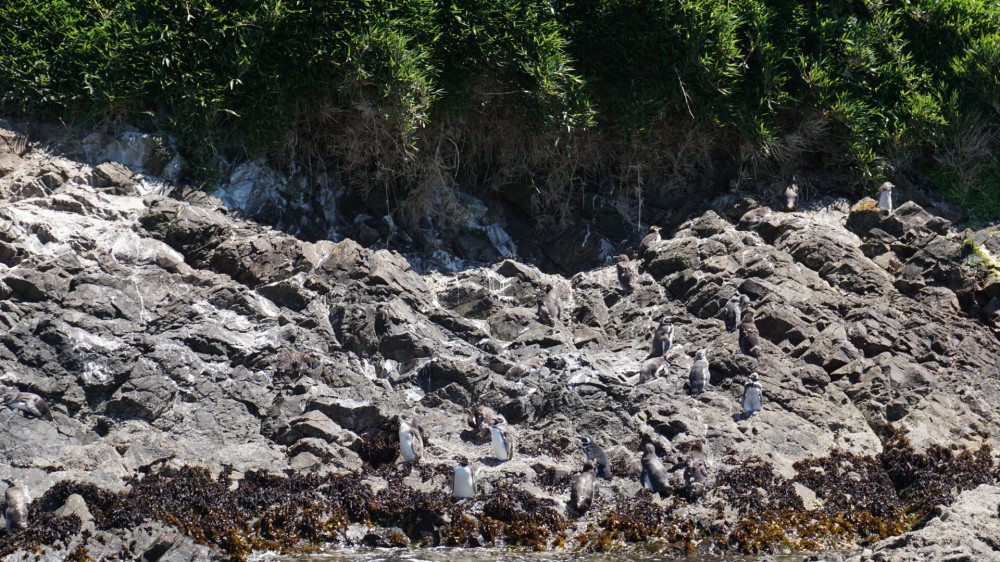